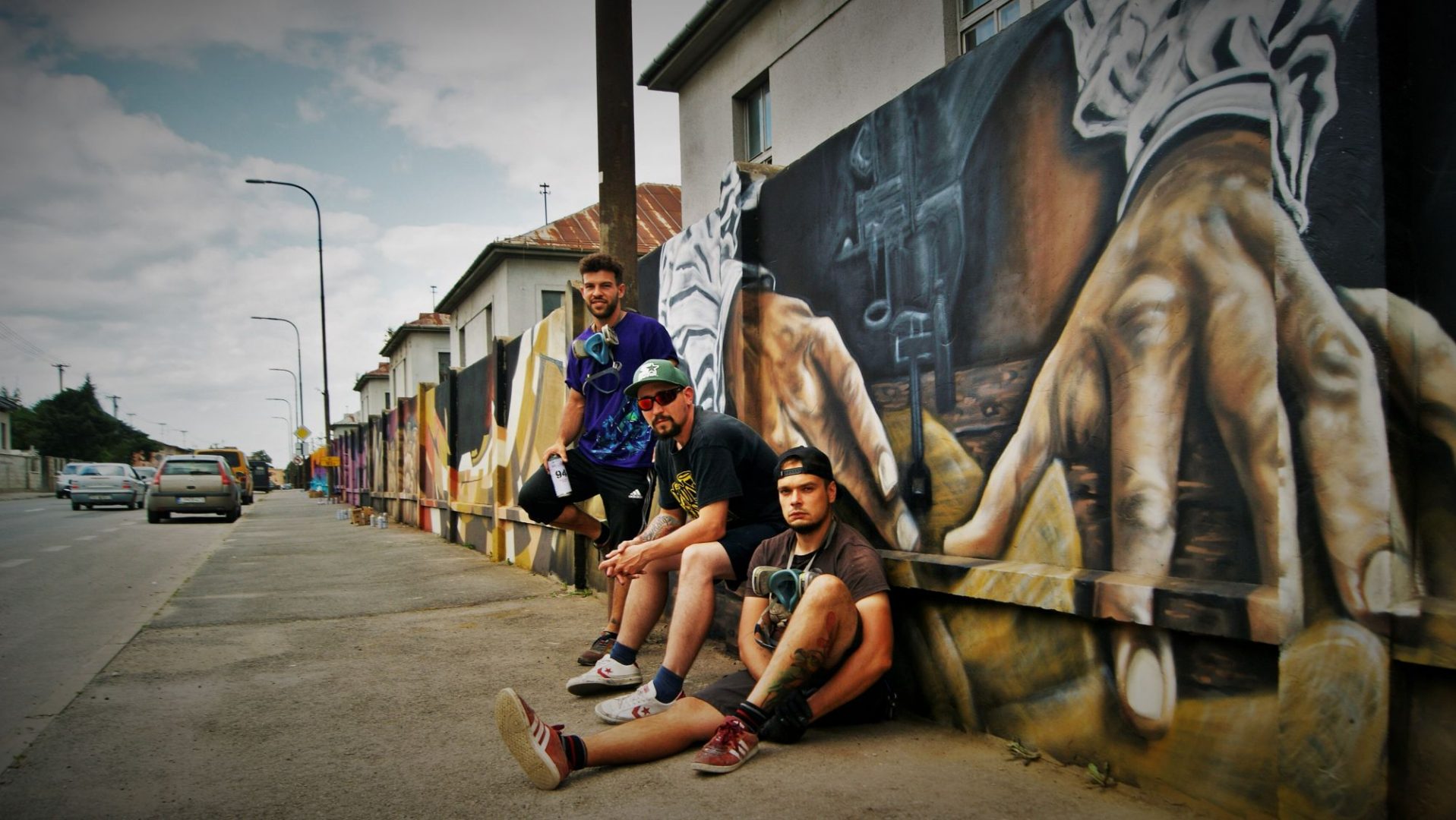 A project for the city of Kežmarok in which we created thematic paintings on the wall with an area of ​​approx. 400m².

In 2017, the city of Kežmarok approached us with a proposal to revitalize the wall in the Michalská Street. The Kežmarok Town Hall has given us requirements regarding the thematic range, which was supposed to represent the history of Kežmarok city and at the same time it should contain our personal style and our specific way of processing.

The paintings were supposed to contain famous people from the history of Kežmarok, artistic craft, but also depict the monuments and landmarks of the city.While creating the visual, I combined individual illustrations with abstract motifs, which contained the personal handstyleof artists collaborating on the painting. Thanks to a good communication with the city a minimum of corrections took place there and the project was approved.

Several artists participated in the project with me.

One of them is František Radačovský.

“Although we had our hands free to design, we paid attention to the fact that the project is expected to be there for the general public. In the end, the final visual became a compromise for all.“

“ Place like this, through which the main road and the street pass, must represent the city so the choice was basically clear!“

František is a native of Poprad city and he graduated of both grades at Elementary Art School in the art field. In 2011 he became a graduate from engineering studies at the Faculty of Architecture at Slovak University of Technology (STU) in Bratislava.

He got interested in graffiti in 1997 and had created dozens of graffiti works.

Currently, the author lives and works in Bratislava, where he completed an internship in various architectural or art studios and had several exhibitions and realizations all overSlovakia, but also abroad. He is currently specialising in architecture, painting, graphics and other various forms of fine arts.

Another artist who participated in the project is an author working under the pseudonym AllEX from the city of Kežmarok.

“I am very glad that as a citizen of Kežmarok I managed to carry out the project in cooperation with the city and with the people I respect very much. I hope that there will be an opportunity to work on other larger projects in other cities as well.“

From an early age, All EX already inclined to creating art. In 2007, a graffiti subculture entered his life, thanks to which the author visited several countries across the continent. He left a mark of his unmistakable personal handstyle in the form of his artworks in many metropolises around the world. In 2015, he took part in the making of a film about the graffiti subculture in Barcelona. Currently, he is improving in many art disciplines and he is also working on the preparation of interesting, progressive projects.

One of the co-creators is an artist working under the pseudonym Dekor from Poprad city.

He has been active in a graffiti subculture for a long time and created a lot of different works. It was many years of experience which was reflected in these paintings. Today, he continues to devote himself to art in its various forms.

The locality was chosen by the self-governance regarding the fact that the place of project implementation was known by all three authors who come from Spiš, so they themselves knew the neglected wall very well. People perceived it as a long-term problem that visually traumatized this particular part of the city and therefore we are pleased with the positive response from the public.